As fans of the show will know, St Micheal’s Rooms in Framlingham was the HQ of Danebury metal Detecting Club in the “Detectorists”. It has now been demolished and props from the BBC show have been sold to help raise funds for a new community hall. Lots, including Sheila’s tea urn and Terry’s lecterns were sold in an online auction, run by Clarke & Simpson Auctions. Each item is accompanied by a certificate of authenticity, some signed by Mackenzie Crook.

James Durrant, director of Clarke & Simpson Auctions said: “We are delighted to be supporting the Castle Community Rooms project, which will be a fantastic addition to our town.” James told me “We are waiving all charges as it is for charity“.

Fundraising and project group member Adrian Morgan said: “Detectorists has been a very positive influence on Framlingham and has brought hundreds of fans to the town.We hope that our auctions will give those fans the opportunity to own a memento from the building and cement a long-lasting connection to the Framlingham community.“

All funds raised will go towards the building of Framlingham’s new Castle Community Rooms.

Below are the results from a few selected lots: 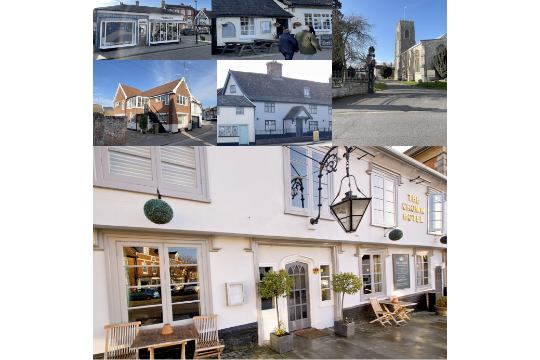 Deluxe Framlingham Detectorists Tour to include; one night stay in either Mackenzie Crook or Toby Jones’ favourite suite in Framlingham’s ancient Crown hotel on a date to be agreed depending upon availability. There will be a bottle of bubbly in your room (dinner and travel to Framlingham not included) . After a scrumptious Crown breakfast we will meet you and take you on a walking tour of most of the Framlingham locations used in the series. After a light lunch we will take you for a two hour metal detecting taster session (all equipment supplied) at a local farm.
Hammer: £800
Lot 57 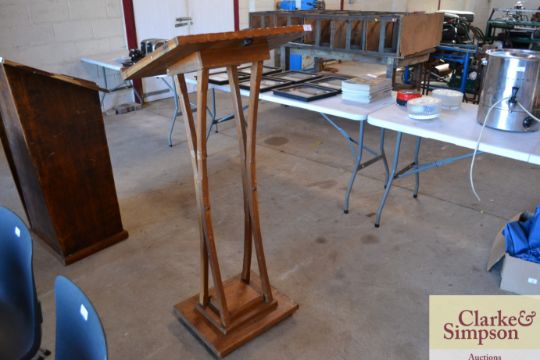 This vintage lectern was used by Terry to give his talks on buttons and by Varde in S3 Ep4 for her talk on cycling proficiency badges. With certificate of authenticity Autographed by Mackenzie Crook
Hammer: £160
Lot 65 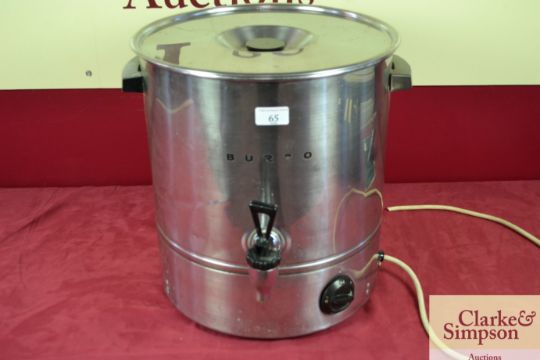 Sheila’s urn appears in several scenes involving Club meetings. The urn was thought lost during the demolition of the hall but was recovered from a skip where it suffered a dent. With certificate of authenticity Autographed by Mackenzie Crook
Hammer: £170
Lot 90 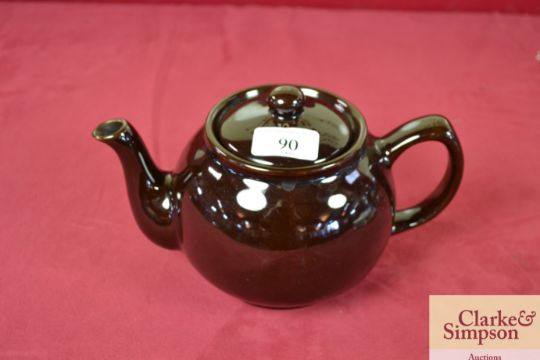 This Price & Kensington brown teapot can be seen on the tea table during club meeting scenes. With certificate of authenticity Autographed by Mackenzie Crook
Hammer: £160
Lot 99 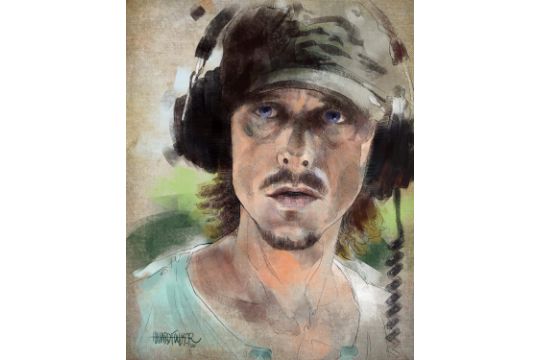 Unframed portrait of Mackenzie Crook. 9X12 inches, mixed media on paper by Howard Fullmer, MFA; Utah, USA. Fullmer is an Associate Professor of Illustration and director of the Illustration program at Utah Valley University. He is also an avid Detectorist, swings a Nokta, Anfibio Multi and quotes lines from the Detectorists at every opportunity.
Hammer: £140
Lot 100 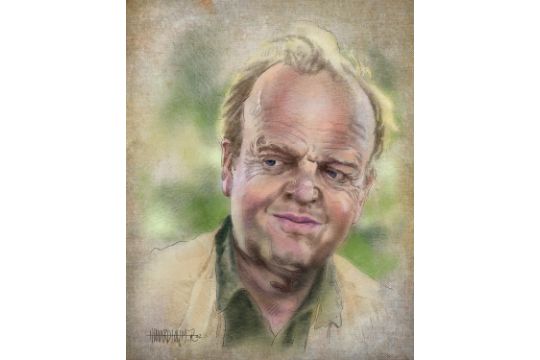