DNW held an auction of coins and medals on 24 May 2022 . The full catalogue can be found here. There is a buyer’s premium of 24% (plus VAT) on the hammer price.

The auction featured the Romney Marsh hoard of of five Edward III nobles which fetched a total of £39,950, double its estimate.

A Penny of Æthelstan, which was a detecting find from March this year also did well.

The hoard was found on 22 October 2018 by Phil and Joan Castle, who have been detecting together for 30 years.

Phil, who is 71 years old, was introduced to the hobby of metal detecting by Joan.

Phil came over and soon found a real Edward III noble. Within an area of around five metres they found four more. The hoard was recorded at the PAS as KENT-056190. It was declared Treasure and disclaimed.

Phil said: “We had no idea what the coins were when we found them” and added “At the time, I was having chemo for leukemia, so detecting was a great relief.” Joan is hoping to put the auction proceeds towards a new kitchen with their share of the proceeds, which will be split with the land owner.

When found the coins were slightly bent or creased. Conservation work was undertaken by the auctioneer’s in house expert, Nigel Mills. He straightened the Nobles by using light manual pressure.

Mystery of the purse bar

The purse bar was recovered directly with one of the coins and so it seems probable that it was related. Indeed it has a broken suspension loop, pointing to this being an accidental loss. However, this throws up a mystery about dates.

The possible date range of the minting of these five coins is between 1351 – 1361. The auctioneer says “all five gold coins are in an incredibly fresh state of preservation” and suggests this is because they were lost shortly after 1361.

However, the PAS record has the purse bar as a variant of Williams type E, which is believed to date to c.1450-1550. The PAS and auctioneer have differing explanations:

The PAS record says “it is possible the coins were removed from circulation for a period, then during the latter half of the 15th century were collected in a purse and then lost or deposited“

The auctioneer isn’t convinced and says “However, this hoard of coins was deposited in the 1360s; the evident wear and missing loop, indicating substantial use, suggest that this purse bar dates from the 1350s or earlier“

The five lots are all Edward III Pre-treaty period nobles 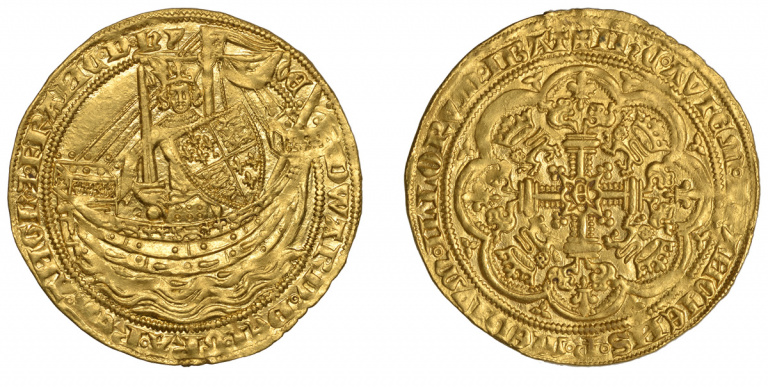 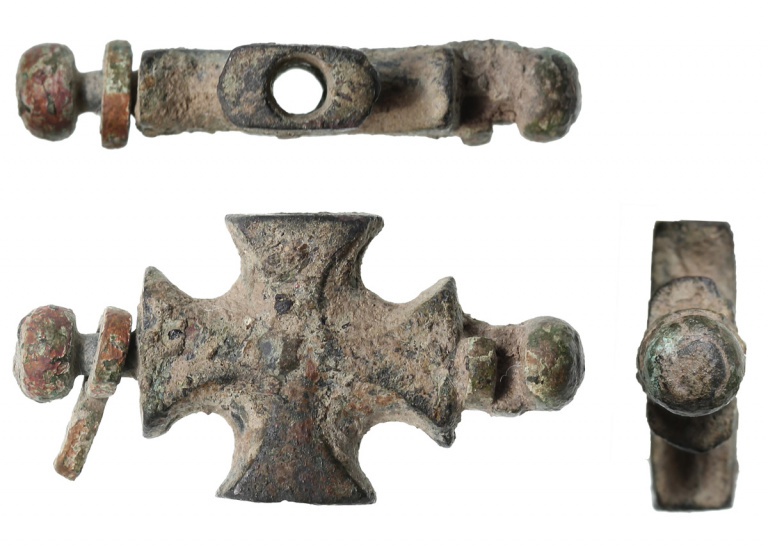 Elizabeth I half pound

This portrait penny of Æthelstan was found near Amesbury, Wiltshire on 6 March 2022. The reverse reads +EADNOD MONET giving Eadnoth as the moneyer. There were only two known examples of Æthelstan portrait pennies by Eadnoth. This third one is the best preserved.
Estimate: £8,000 – £10,000
Hammer: £13000
Lot 584